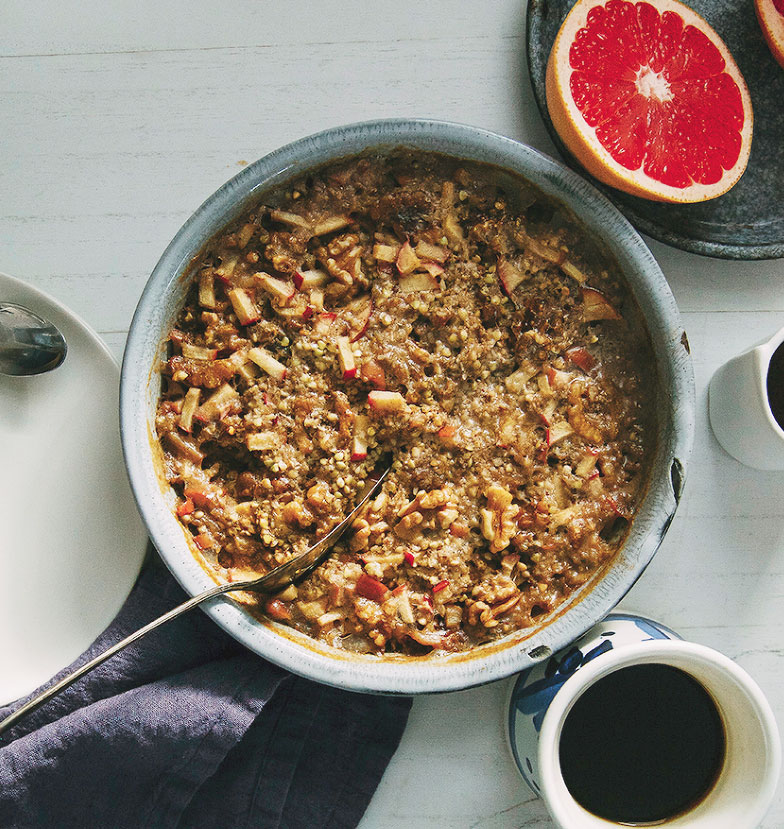 Well lookie here! I had been saying for over a year now that I really needed to change the site around a bit, get a new logo (props to Keara), make the space easier to navigate etc. I thought it was going to be this huge headache, but all it took was a few sweatpant-clad + heavy tea sippin’ hours on a Sunday. I hope you like the new digs as much as I do. The flippy little ribbons and fancy fonts from the last iteration of the site just weren’t my scene anymore. And the coral pink! Ugh. I have one coral-ish handbag that I used in Vegas last year and one coral dress that I wear to the beach sometimes. I’m usually more into the utilitarian neutral colour scheme–as in, all black everything all the time. This space feels a lot more “me” now. I kind of dragged on changing everything because, like a lot of jobs that are worth the trouble, it seemed way too hard until I actually started it. So a note to self today: start more scary things.

We’ve had a few snow days over the last week, and I’ve been using up pantry stock to avoid any drives to the store for stuff I probably don’t need. This commitment to cooking the pantry had been humming in the back of my mind since I saw this post on Aimée’s site a little while ago. My fridge is always full. I can never resist certain seasonal items at the stores (oh hey citrus party), my dad brings me stuff all the time (gorgeous rapini and medjool dates this week) and I always have pantry staples at a par level. Inevitably some things get lost by the wayside. My crisper has some wrinkly apples, little sprout-y/hairy carrots. I simply HAD to buy mung beans on a trip to Whole Foods last year, but they’re still sitting in their little bulk-tagged bag in the drawer (more on this soon). My go-to grains are brown basmati rice, steel cut oats, and quinoa; but I have at least 10 other varieties just languishing in the cupboard.

While I’m grateful for the abundance, I feel silly about it all the same. Deep-winter seems to bring up the luxury of extra time and headspace to try something with purpose. So I’m starting and devoting to this pantry cooking thing. There’s been some beautiful soups, crunchy cabbage-y slaws, roasted roots, grains, pulses, and some delicious smoothies with beets and last summer’s raspberries. No trips to the store, not a shred of deprivation. Just more creativity and cozy time at home with my snow-lovin’ pooch.

Sometimes I get on jags with raw buckwheat porridge in the warm months, but a full bag of raw groats had been sitting around for longer than I could recall. I enjoy buckwheat in a breakfast scenario because it’s really satisfying without feeling heavy, and it always tastes lovely with fruit. I originally thought about doing this bake with quinoa flakes, but because of this self-imposed pantry challenge, I reached for that neglected bag of groats instead. I make a vegan version of my pal Yossy‘s baked oatmeal often, subbing ground flaxseed for the egg and almond/coconut milk for the cow’s milk.  It’s warm and comforting, the top is a little crunchy with toasted nuts and coconut oil, and the jammy pockets of berries make it feel extra special. Perfect cozy-making winter fare.

So with that sincerely loved oatmeal in mind, I turned out this hearty apple-spice baked buckwheat. It’s apple pie-ish and it’s my breakfast of choice these days. It’s quite easy to make, but has a bit of ceremony to it as well. I started by cracking/lightly grinding the buckwheat in my blender first–just to achieve a lightly creamy consistency. If this step is a bit daunting or you’re just unsure about the amount of grinding necessary, Bob’s Red Mill makes an excellent pre-ground product called Creamy Buckwheat (link). Finely chopped apples, nutmeg, cinnamon and ginger mingle together with some creamy-but-not-sooo-rich light coconut milk. I used walnut halves, but pecans or slivered almonds would be just as tasty. The little finishing drizzle of coconut oil makes for some buttery and toasty notes. I make this whole dish for myself (my man is more of a cold cereal dude) and just reheat portions of it with a splash of non-dairy milk as I go. Serving it up with a dollop of coconut milk yogurt and maple syrup (and coffee duh) seems so grand for a weekday morning. 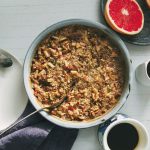