Miso is a traditional fermented Japanese staple food and seasoning that has been long prized for its rich taste and concentrated goodness. Made from whole soya beans and a unique koji fermentation culture it is naturally aged in cedarwood cegs over many months at ambient temperatures. This slow fermentation results in a seasoning with rich and complex flavours and an abundance of umami (referred to as the fifth taste after sweet, sour, bitter and salt).

Clearspring Sweet White Miso is a short-aged Kyoto style miso with a wonderful creamy richness and a slightly salty sweetness, traditionally made in small batches to maintain its special quality. It’s light colour may darken over time due to natural ageing but this does not alter its flavour.

Sweet White Miso was historically reserved for the rich and royalty because it is made with lots of rice koji, which was very expensive at that time. However, now that rice is less expensive, Sweet White Miso can be enjoyed by everyone and every day.

Try using a little in mashed potato instead of milk, or in creamy soups instead of cream. It is also perfect for party snack foods such as dips and salad dressings.

Miso is a traditional fermented Japanese staple food and seasoning made from different types of grains but mainly soya and a unique koji fermentation culture.

During the 18 years Clearspring’s founder Christopher Dawson lived in Japan he became an expert on miso quality, and the Clearspring range is his selection of the finest traditionally made Japanese miso. All traditionally fermented Japanese miso is prepared by cooking the finest organically grown ingredients (whole soya beans and cereal grains) and combining them with a koji culture (grains or soya beans inoculated with Aspergillus oryzae mould spores) sea salt and water. Then naturally aged in cedarwood kegs over many months at ambient temperature the enzymes from the koji, along with naturally occurring yeasts and bacteria, gradually break down the complex grains and beans into readily digestible amino acids, fatty acids and simple sugars. The resulting miso has rich and complex flavours and an abundance of umami, the fifth taste.

How should miso be stored?

Generally, the best way to store miso to maintain its freshness and quality is in a cool cupboard or refrigerator. However, it really depends on climatic conditions and personal preference. High temperatures will encourage further fermentation, which although not harmful, will darken the colour and alter the flavour of the miso as well as possibly leading to a build-up of pressure within the packaging.

How salty is miso?

Salt plays an integral part in many fermented and pickled foods. It acts as a check to the fermentation process, creating foods with optimum nutrition but preventing them from spoiling. Miso contains enough salt to successfully control the fermentation, with the actual amount varying from 5% for lighter varieties up to 12% for stronger, darker varieties. Miso is a concentrated seasoning with considerable flavouring ability, so there is no need to use a lot of it. When substituting miso for salt, add approximately one to two teaspoons of miso for one quarter of a teaspoon of salt. This way salt intake can be lowered and full benefit gained from the flavour and nutrition of miso.

Organic certification does not allow genetic modification, so all Clearspring organic foods are therefore certified non GM. With its non-organic foods, Clearspring is careful to only trade products where there is a declaration from the supplier that all the ingredients are non GM.

What are the different varieties of miso?

Like with French wine or Belgian beers, miso comes in numerous varieties. Each variety comes with its own unique taste, colour and texture and reflects the local culture, crops and growing conditions. While sweet miso, with its lower soya content, less salt and more koji is popular in the south of Japan, darker miso, often called “aka” or red miso, contains more soya and less grain koji, and traditionally comes from the northern part of Japan. The Clearspring range includes the best of each type of miso. The range includes both dark and light, as well as pure soya bean and grain based varieties.

Should miso be cooked?

Unpasteurised miso contains an abundance of live enzymes that can be destroyed through prolonged cooking. However the nutritional properties, as well as the flavour of miso, are left unaltered by cooking, and some recipes suggest cooking miso to develop the flavour of other ingredients in the dish.

To maximise the enzymatic benefits of miso, choose an unpasteurised variety (or freeze-dried miso soup) and select recipes where miso is added towards the end of cooking The perfect Rice drink? Naturally sweet and velvety. That’s how Isola Bio make it, with selected Piedmont rice and all the care needed to keep it tasty and authentic from harvest to drink. Try this super-delicate goodness as a plant-based alternative at breakfast or in any other vegetarian recipe!
£1.75 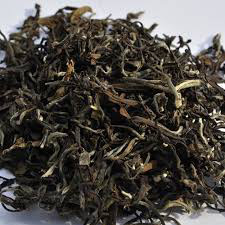 Agnus Castus is indicated for those who suffer from menstrual irregularities and pre-menstrual syndrome. Agnus Castus has been shown to regularise the menstrual cycle, improve symptoms such as breast tenderness, mood swings, fluid retention and headache. Agnus castus may also be used to treat acne with a hormonal cause.
On sale£10.00 Light, flavoursome, satisfying…these are the qualities of this lightly oxidised tea. It is perfect drunk in the afternoon, every afternoon. OriginPRODUCE OF JAPAN How to cookBrew for two minutes in 90°C water. . An important note about AllergensWhile we do everything we can to avoid cross contamination, all Eat Wholefood branded products are packed and […]
£5.00 This light and springy sponge is baked to order by our baker, The Twilight Baker in Marshalswick, St. Albans on the day of your delivery. It’s bursting with summer vibes thanks to zested lemon and her homemade elderflower cordial. It’s a gorgeous cake for a sunny afternoon. Enjoy it with a glass of iced cordial […]
£6.25 An important note about AllergensWhile we do everything we can to avoid cross contamination, all Eat Wholefood branded products are packed and stored in an area which has the following allergens: sesame, soya, nuts, peanuts, wheat, celery seeds and mustard. So, unfortunately we cannot guarantee that Eat Wholefood branded products contain none of these allergens.
£2.75 Artisan handmade granola. Recipes inspired by loved ones and their favourite ingredients. Happy granola was created for granology’s bestie. Her bestie is crazy about coconut. Her Bestie recently had two beautiful babies and lockdown has been stressful (for all of us i think) her bestie adds coconut milk and some fresh berries! this one is […]
£10.50