While researching how buckwheat can be used in a pudding instead of rice we came across this carefully crafted recipe on thefirstmess.com. It’s quick to make and quite delicious and the combination of raw buckwheat groats, walnuts, apple, coconut milk, maple syrup and spices has what a good pudding needs: flavour, sweetness, warmth and bite. When the topping is just crunchy enough the combination of toasted walnuts and apple in combination with sweet coconut is a winner. And of course it’s healthy.

This recipe is quite easy to make, but has a bit of ceremony to it as well. I started by cracking/lightly grinding the buckwheat in my blender – just to achieve a lightly creamy consistency. Finely chopped apples, nutmeg, cinnamon and ginger mingle together with some creamy-but-not-sooo-rich light coconut milk. The recipe uses walnut halves, but pecans or slivered almonds would be just as tasty. The little finishing drizzle of coconut oil makes for some buttery and toasty notes. You can make a batch of this dish and just reheat portions of it with a splash of non-dairy milk. Serving it up with a dollop of coconut milk yogurt and maple syrup. It’s great as a desert of as a breakfast.

Originally from this page. 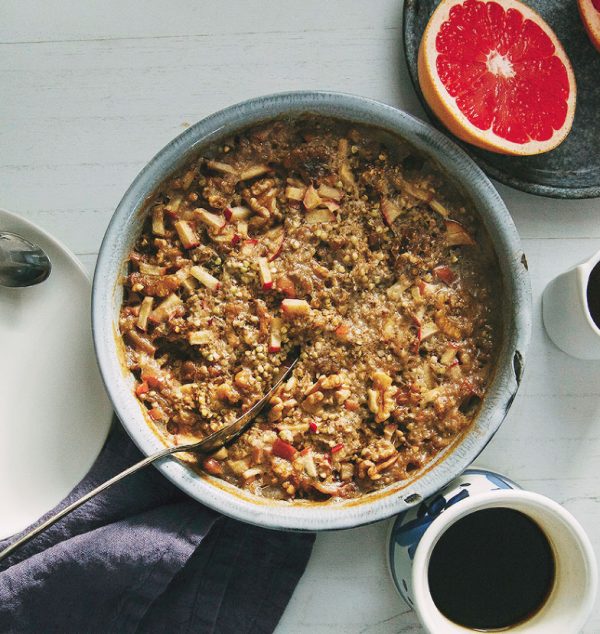